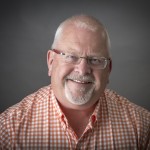 Picture the scene – 7.30am on a cold winters day in January 2007. The sky was dark and forbidding, the roads and pavements icy. I’d just arrived at work and was immediately called into a director’s office – not usually good news!

The conversation went something like this: “You have a new job as of today”. “What?”. “We need to do something about customer retention. You’re now Head Of Customer Loyalty”. “I don’t know anything about customer retention”. “It’s just like sales and you’re good at that – work out what you need and get a team in place in the next 5 days. Your target is £50m profit impact this year”.

I spent the next few days in the office working out a team structure with, roles and responsibilities. Then 2 days interviewing and hiring. I started looking into customer retention. I read long articles and research papers with mathematical equations that I didn’t understand. It’s no shock that I soon became confused.

That meant my team and I talking to lots of people (it was a huge organisation). We started with how someone became aware of us and how they then started to consider our products. Then we looked at the different processes for buying. Next was everything that happened or that they saw whilst they had our products. Finally we reviewed the processes when a customer wanted to stop using our products.

We gathered lots of information. It included all the different communications from sales brochures through to annual statements. Many customer facing colleagues told us why they thought customers were leaving. Some of them suggested some ideas we could try.

So we sent a message to everyone in the company. It explained what we were doing and why. We also explained what sort of difference we wanted to make, asking for their ideas. Within a week we had over 300 ideas!

We took over a large room and mapped all the different customer journeys. It included examples of all communications and listed the ideas from our colleagues. Then we stood back and thought for a while.

There were some things that jumped out at us immediately:

From our journey map we created 19 initiatives that we knew we could deliver soon – within 3 months. We had another longer list of things we wanted to do, but knew we had to start having an impact immediately.

And we did – lots of hard work, but we started making a difference 3 days after completing the journey map. For the whole of 2007 we made small changes most weeks. We became excellent at communicating with colleagues, explaining what we were changing and why. We also told people about the difference we were making.

That caused 2 things – first we kept getting more and more ideas sent in by colleagues. Often they were small changes and we could use the person who had submitted the idea to make the change. That led to even more ideas. Second, people heard what we were doing and started to make changes themselves. They did check it was OK with us first!

The whole culture of the organisation changed. Before it had been 100% focused on sales, but now it became just as focused on customer retention. It had always been customer focused, but became much more so.

We found that people got used to change. They started to think about and challenge processes they had used for years. Before making a change they checked that it was the right thing to do for the customer. They even contacted other departments to see what impact any changes would have on them.

And at the end of the year we had beaten our target – our profit impact was £148m. A great result for my team of 5 who had influenced the whole business!

Keep in touch for regular advice and practical examples about customer experience.

Get in touch to see how we can help your business.

Ask an expert if you have a specific question about customer experience.

We're always happy to talk about customer experience and journey mapping – either over the phone or face to face in a free no obligation meeting.

Connect With Us On LinkedIn